There's a chance that the Blazer EV could be coming with dual charge ports, based on this GM patent. 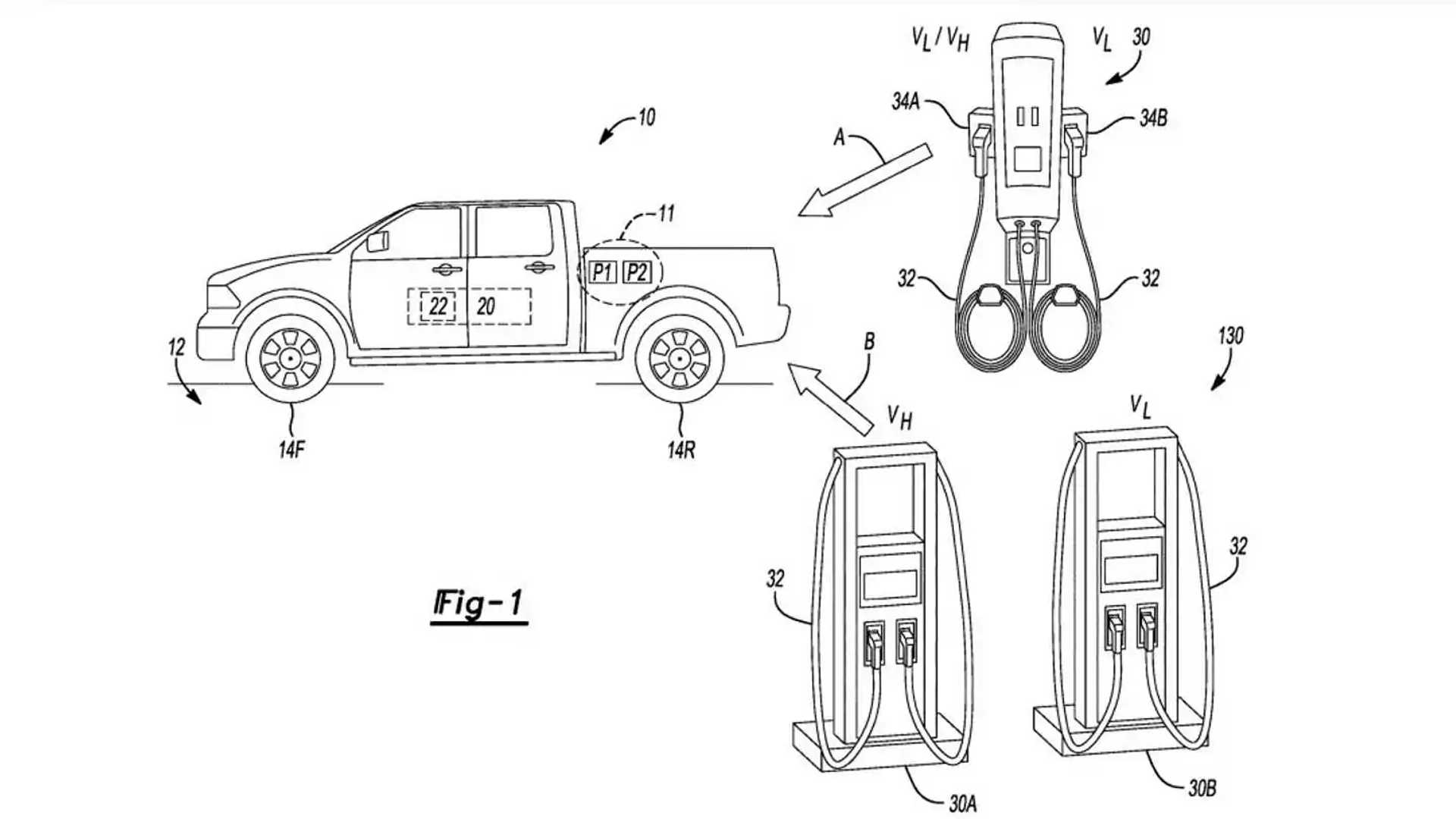 This idea sounds like it’s designed to take advantage of the way GM split the battery pack into two modules in its newest EVs.

The automotive giant recently applied for a patent on dual charging ports for its EVs. But aside from charging the two sides of the pack independently, and thus theoretically cutting charge times significantly, GM also presents additional use cases for the dual ports, like charging another EV while the one with the twin port is itself being juiced up - this would be useful when there’s only one charger, and the GM EV would provide a port for the other electric car to draw from.

Multiple other situations were also mentioned, like having one port charge the battery pack, while the other would power tools and equipment that you could plug into the vehicle. Based on what we gather reading the patent application, it sounds like GM is looking to make one port fast charging-capable, at up to 350 kW, while the other will just charge the vehicle at slower rates of up to 22 kW.

This would not be something out of the ordinary, though, since there’s already a vehicle in production today, the Porsche Taycan, which has two charging ports of which only one is fast charging-enabled. GM’s patent application does say that for its twin port solution, you would be able to pay to have the second port upgraded to 800 volts, presumably in order to charge both sides of the pack at rapid rates.