Back in business for the 2019 model year as a stylish SUV with Camaro looks, the Blazer started out in life back in 1969 as the original K5 model before transitioning to a second generation in 1973. For the 1983 model year later, a smaller pickup truck-based S-10 Blazer was launched for those who didn’t need all the space the K5 was offering. Several years later, Chevy tried out something different by slapping the “Blazer” name on what looked basically like a minivan. 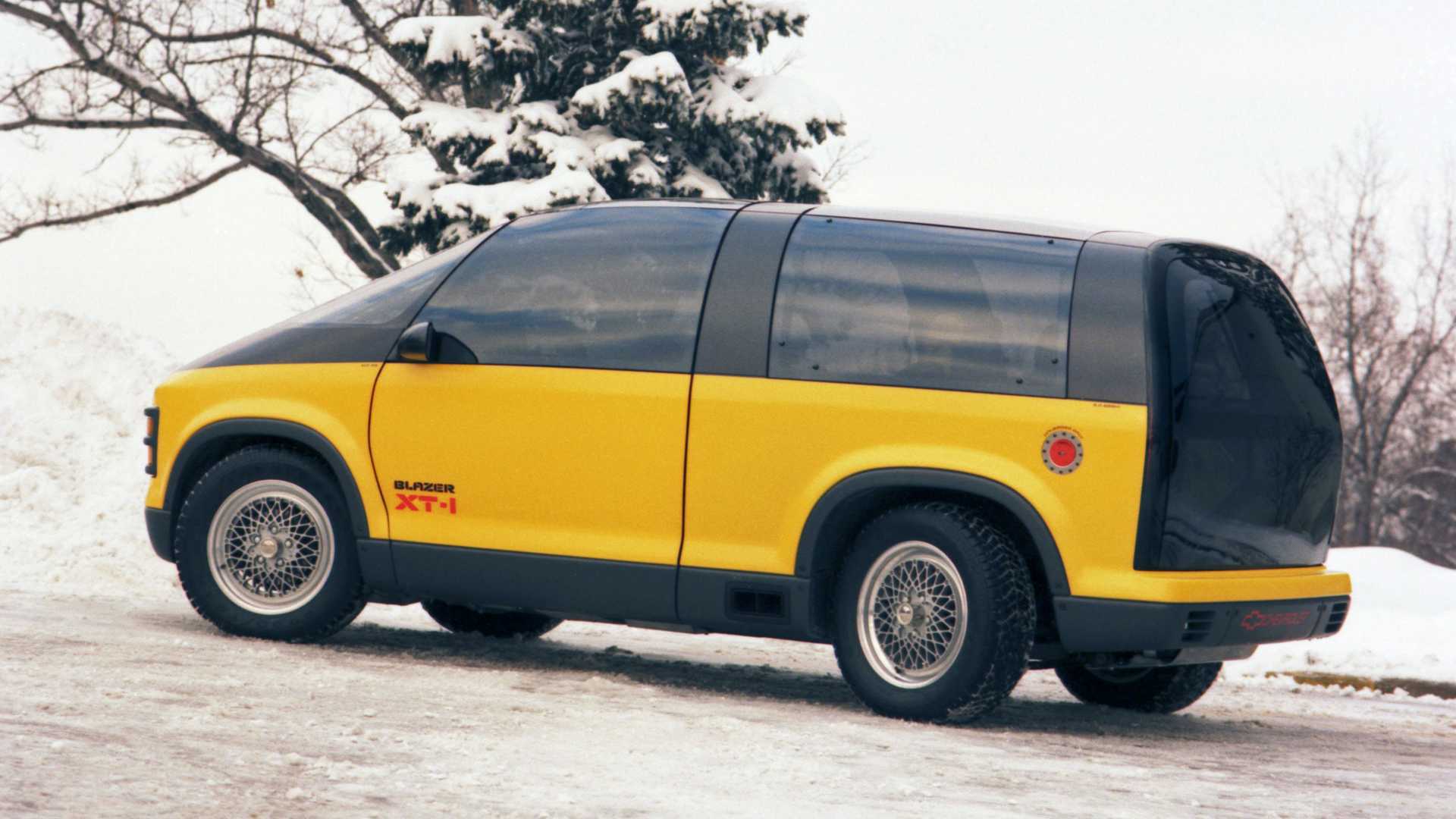 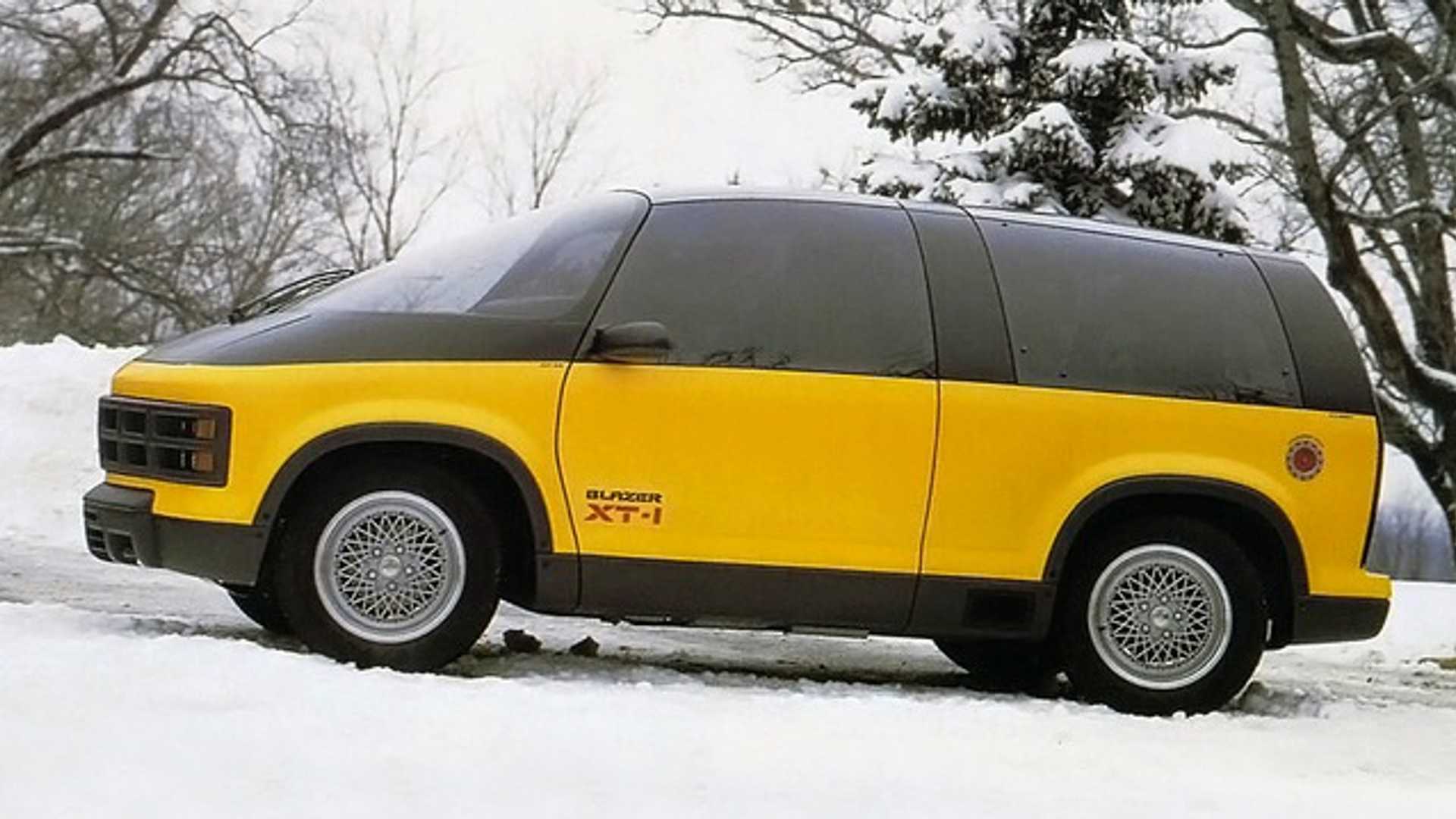 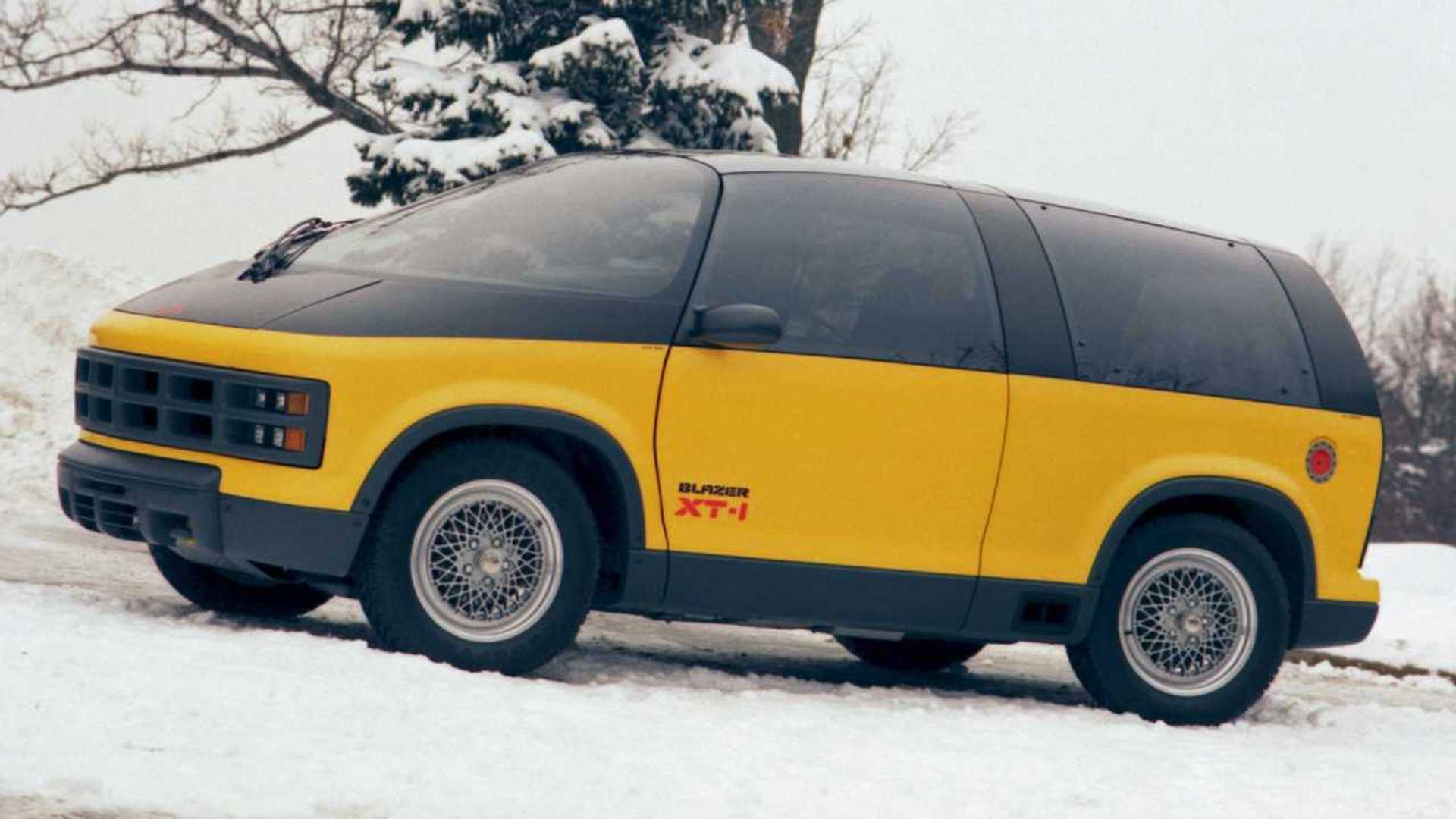 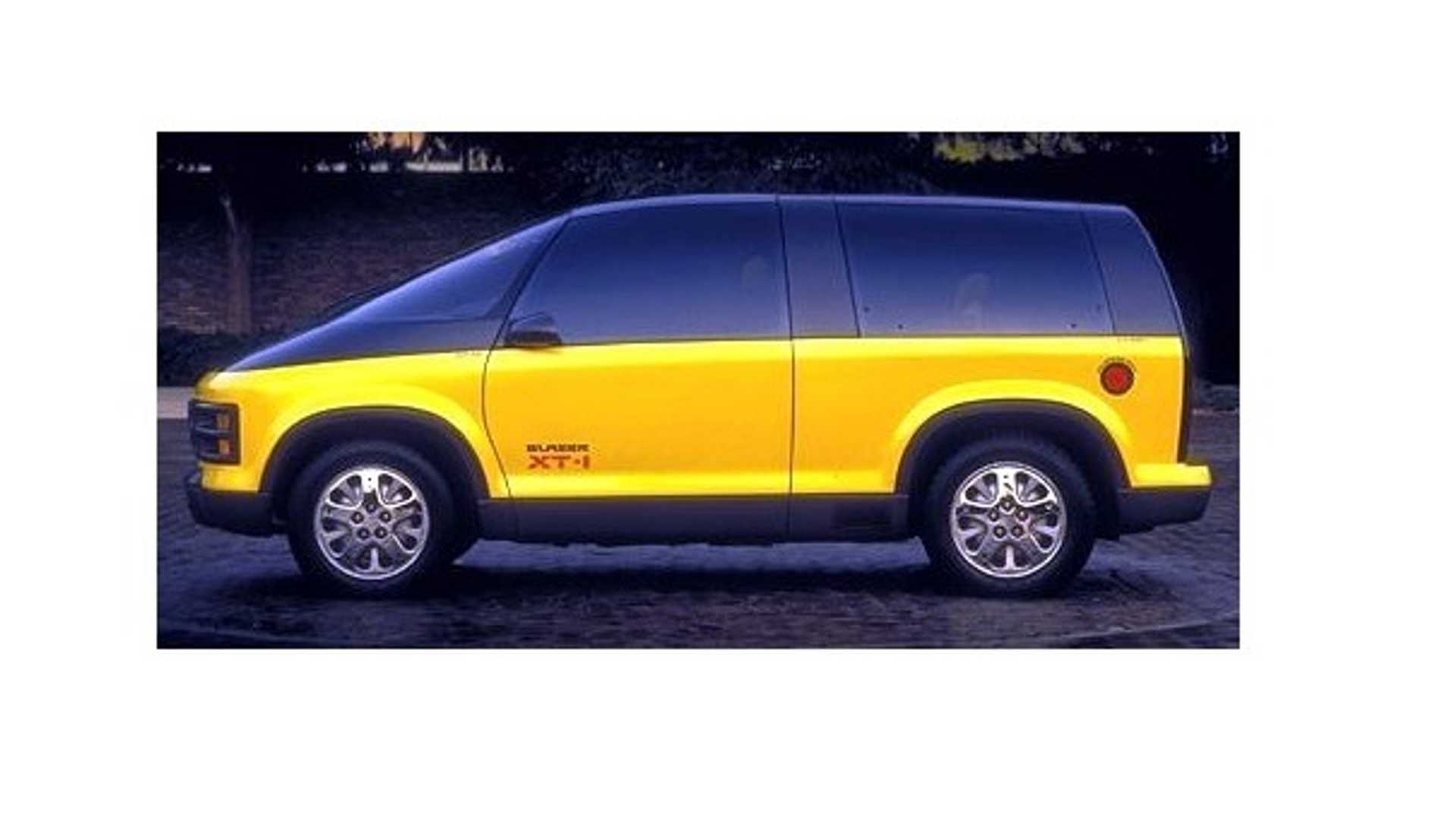 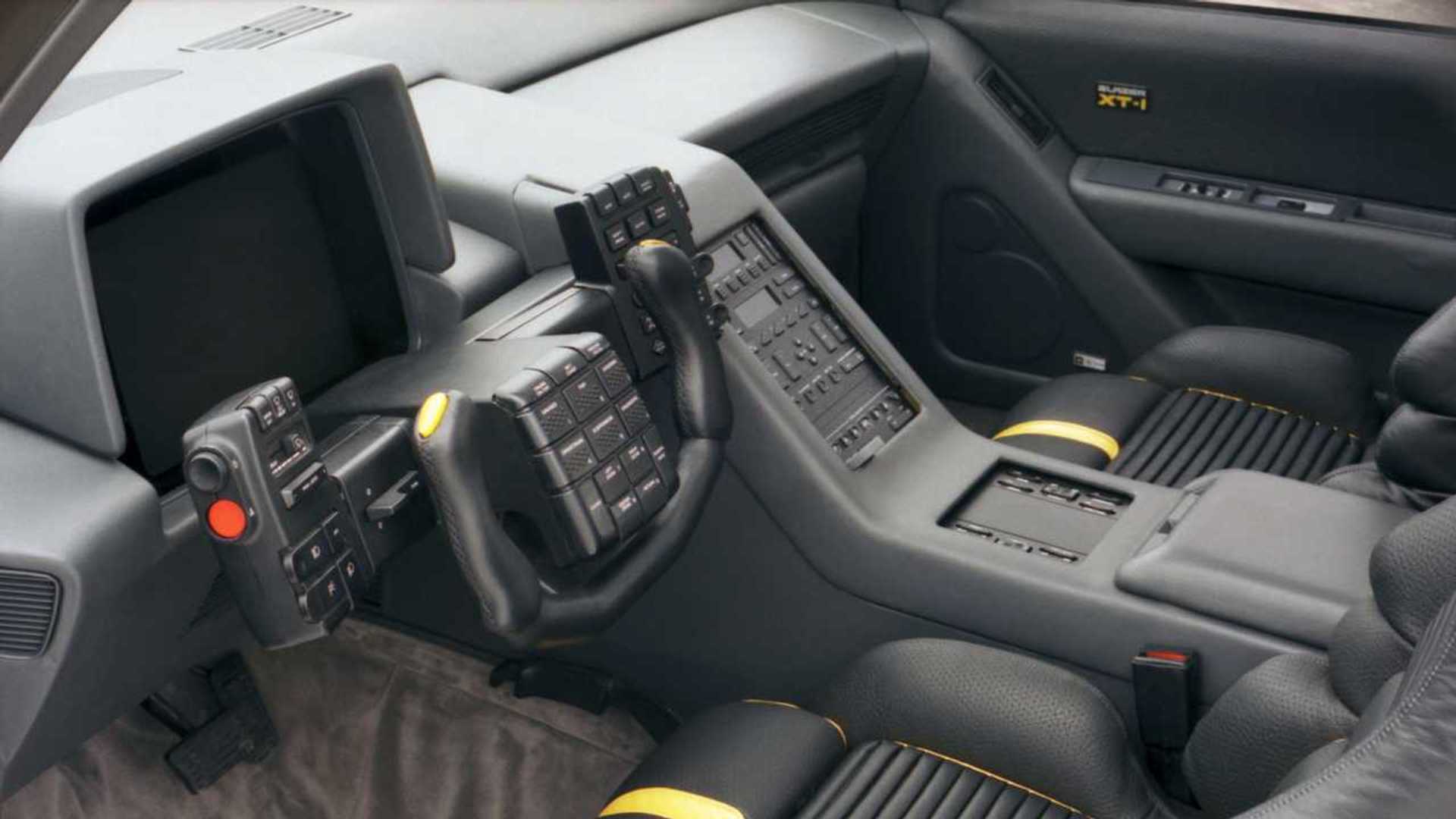 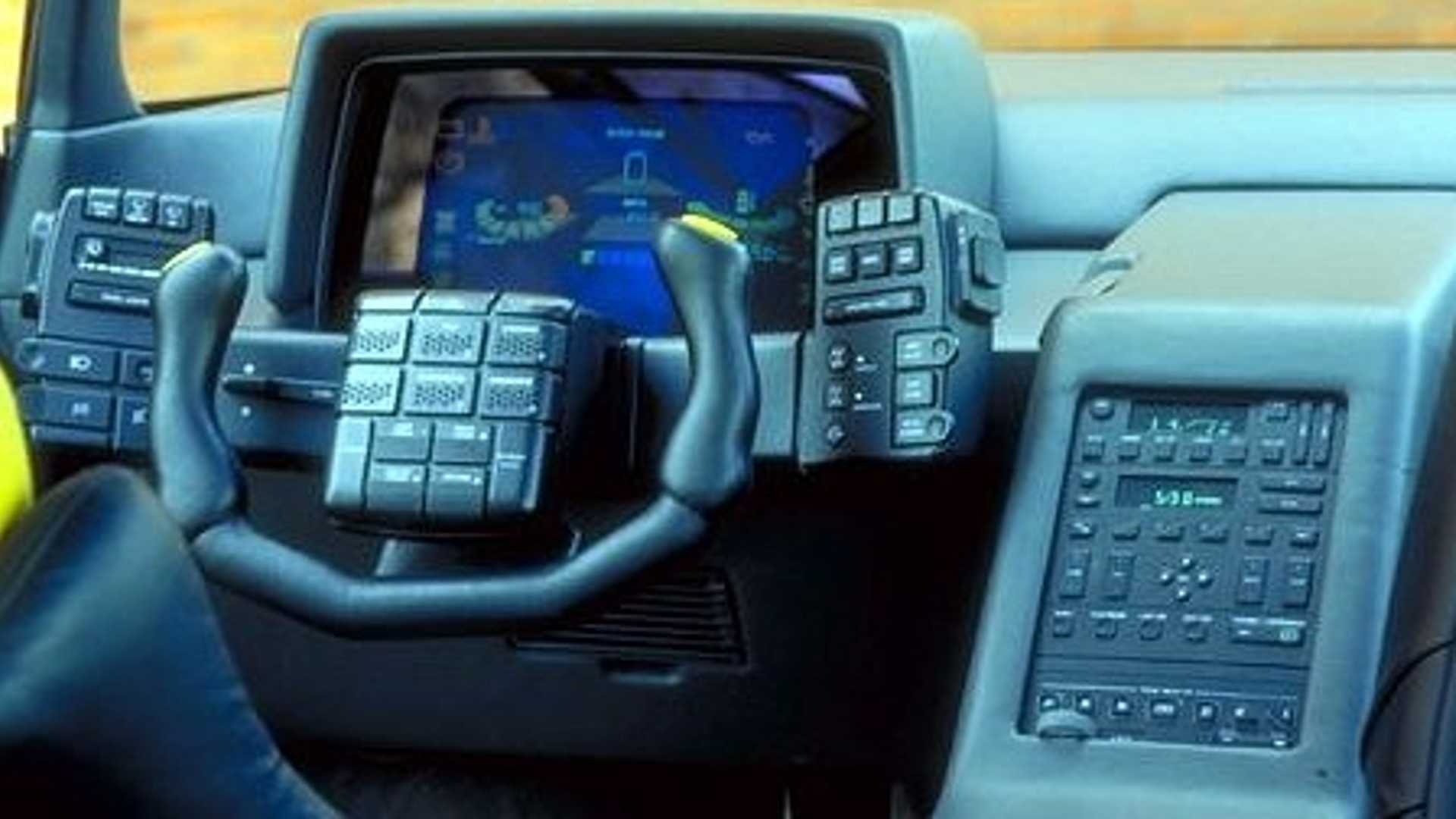 Thus the XT-1 was born, a truck-based concept with serious off-roading capabilities and a lot of clever technology. It had a jacked-up ride height with a generous suspension travel of up to 10 inches (25.4 centimeters) and a tight 14-feet (4.26-meter) turning circle thanks to a four-wheel steering system. Bespoke Goodyear P225/65HR17 tires had to be developed specifically for the Blazer to complement the steer-by-wire system that didn’t need a direct mechanical connection between the steering wheel and the actual driving wheels.
An electronically controlled automatic gearbox delivered the power generated by the all-aluminum 4.3-liter engine derived from the Vortec V6 sourced from the aforementioned S-10 pickup. The transfer case was also electronically controlled and had a self-sensing module that automatically turned on the Blazer’s four-wheel drive upon detecting wheel spin. The concept’s clever tech was also able to shift torque both at the front and rear axles as needed to diminish wheel slip.

The interior was quite unusual even though we’re talking about the 80s era when many concept cars were far from being conventional. The digital instrument cluster that is becoming more and more popular in today’s automotive industry was installed in the Blazer XT-1, but obviously in CRT form rather than the more advanced LCD. In a very 1980s fashion, Chevy called it “Futurevision” and described it as being a “three-dimensional driver and service information display.”
Then there was the steering wheel, although “wheel” is not entirely accurate since its shape is more towards a yoke. Numerous buttons installed in the middle remained in place while the vehicle was being maneuvered and this fixed module was flanked by two clusters of additional controls. The center console was also home to a plethora of buttons providing quick access to most of the concept’s functions.

Chevy decided to go with chunky seats offering great later support, which don’t look half bad even after more than three decades. The Blazer XT-1 was more than just for show as the four-seater concept was fully functional with a production-like design, complete with a massive greenhouse and a glass top.
Conceived as a research vehicle by the Advanced Vehicle Engineering team of the GM Truck & Bus Group, the Chevy Blazer XT-1 was never intended to hit the assembly line since it was developed mainly as a technological tour de force